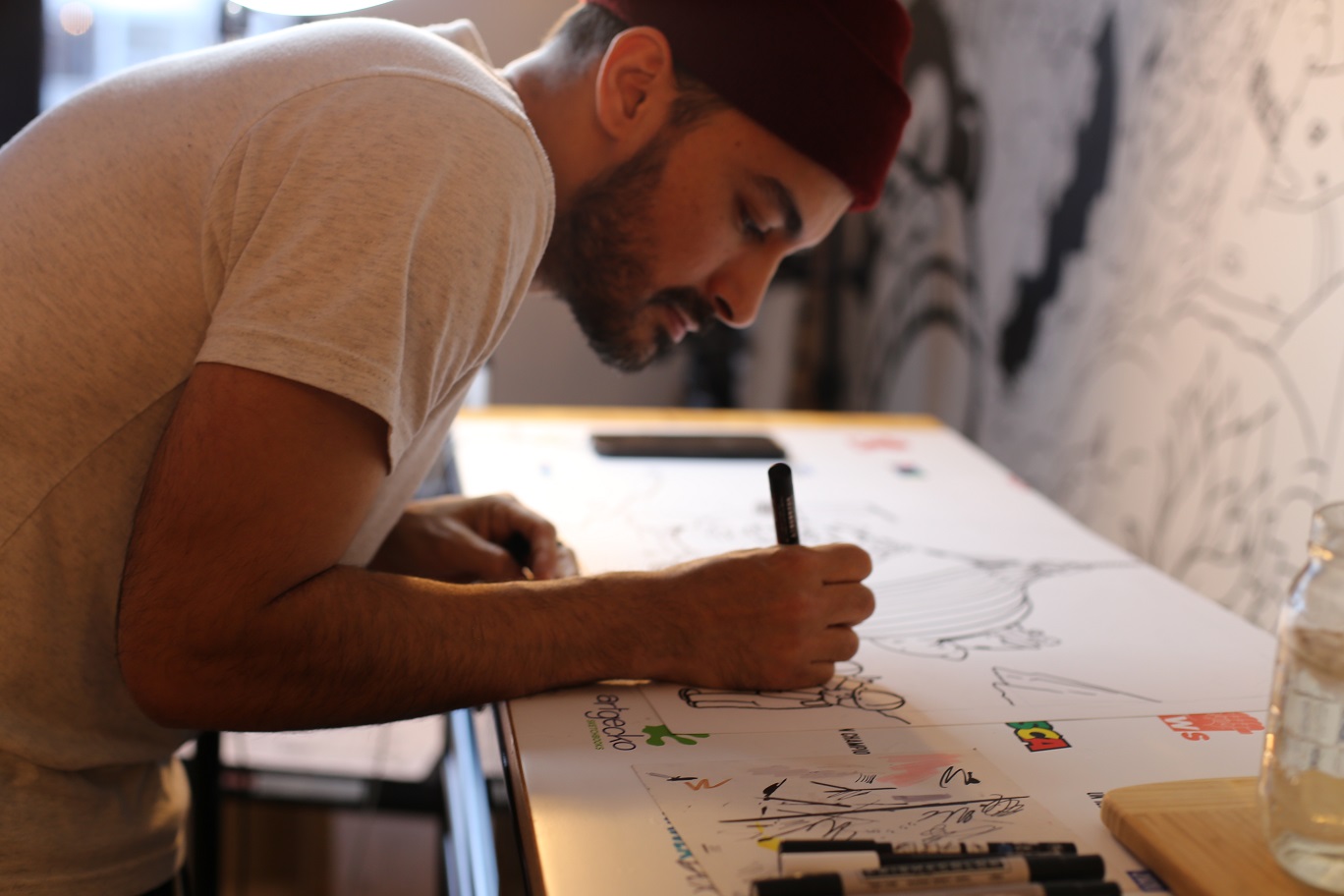 Congratulations on winning the UK Illustration Championships! What does it take to win a tournament like this and how do you prepare?

“Thank you!!! I’m honored not only to win but to compete among so many great artists! I don’t think there is a way to quickly prepare for a contest like this, instead I try and apply what I’ve been doing for so many years already and project that into the competition, I think the best way to prepare for something like this is to have a clear mind and people on your side that support and cheer you on. It’s also important to be consistent – stay active with illustration, art, concept brainstorming etc which is all needed when doing something like this. The tournament forces you to be creative quickly, it’s good to have an archive in your mind on how to quickly flip an idea, whether its simple, like award winning pig in a blanket, or something more serious like the political headlines.”

The tournament was spread over 5 days, a marathon not a sprint! Did you face any mental and physical challenges enroute to the final?

“Yes, it was a very stressful but also fulfilling experience, I think waiting to see the outcomes of each round was the most nerve wrecking, also watching the rounds unfold and seeing the amazing artists you go up against. It’s a real rollercoaster of emotions and I’m thankful to have a supportive family and friends that helped me focus. Also, it was very interesting to be in a chat with all the competitors and see how much support and love was there through the competition.”

Organiser: Illustrated World Series defines ‘Live Tournament Illustration’ as a ‘creative eSport’. With its rules, regulations and short 60 minute time-frames, how do you feel about the ‘sportification’ of art?

“It’s very cool to highlight the art form and present it in a “creative sport” I don’t see it as defining who is a better artist, in the end pretty much anyone had the skills to take the win, but its amazing to challenge the individual artist creatively, it’s almost like a tournament of the creative mind, and the artists have been training their whole career to make sure technically they can stand out. I think it’s a great experience for all artists and helps to grow, but also to show how much work it takes behind illustration.” 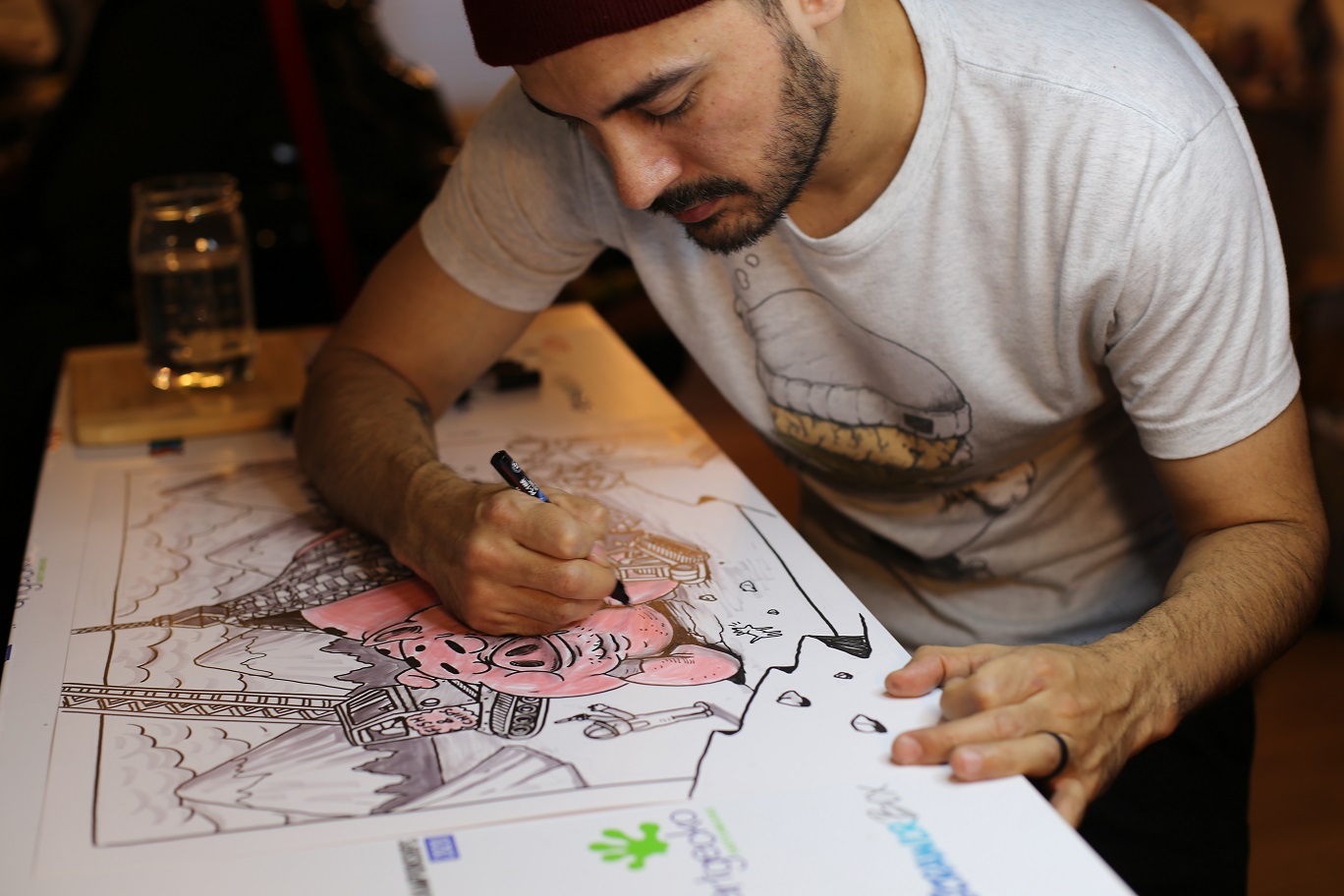 Coronavirus forced all 32 competitors to compete remotely this year, you appeared to get through a huge amount of work in each round. Do you think you’d have been as successful in a live arena, would you have approached it differently?

“Even though the pandemic has been devastating, in some ways it’s a blessing, it would’ve been hard for me to travel and be apart of a live competition. I think there is a bit more pressure when it’s live but also a lot more energy for the artist to feed from which is important as I feel I excel when working under time pressure while trying pushing out quality at the same time. There is a saying I’ve heard a lot before: ‘Quality over Quantity’ which I agree with and def holds ground, however I want to show that as an artist you can push out both at the same time as long as energy and heart is behind each project. Ultimately though I would’ve approached it the same way and I really hope to compete in one of their live tournaments in the future!”

What does 2021 hold for you, what advice would you give to anyone wanting to compete with the Illustrated World Series and will you be back later this year to defend your title?

I have a very busy 2021 but extremely excited, i’ve been working nonstop on a few big projects unfolding this year, my advice would be to take the opportunity and try it out, there is so much to learn from doing something like this as an artist. I’m extremely motivated from seeing all the artists, following a lot of new people now haha and yes I would love to come back and defend the title, I feel like I have a stronger grasp on how it works, a lot of different ways I want to approach some of the rounds, but can’t wait to be apart of it again, and hopefully in a live setting this time around!