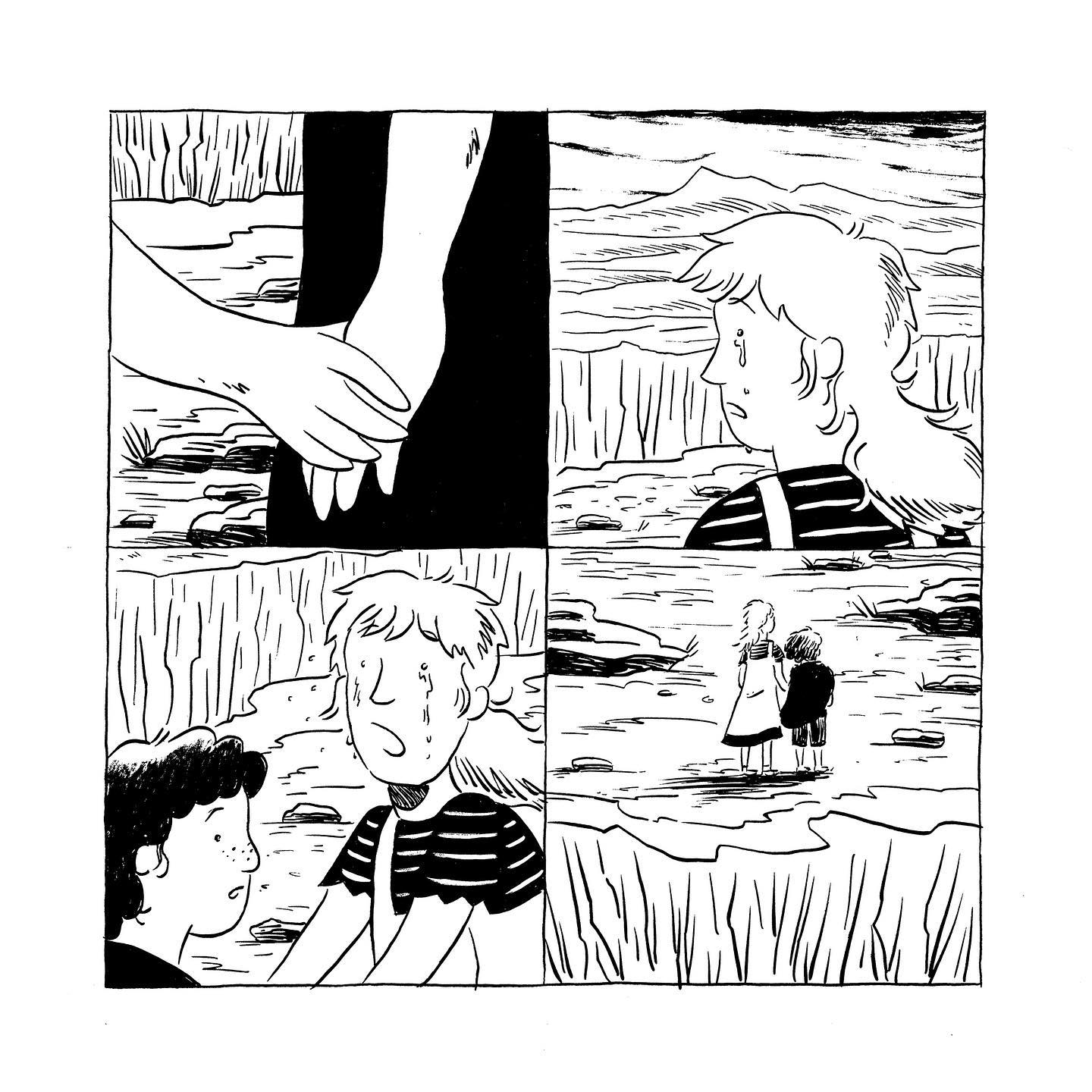 John Cei Douglas’ first full-length book entitled All the Places in Between depicts feelings of anxiety and depression through comic-strip illustrations.

“I wanted to really try and put across how it actually feeling when you’re struggling with anxiety and depression on a more emotional level,” Douglas said in an interview with “It’s Nice That.”

Douglas is a London-based freelance illustrator that began publishing his work professionally in 2013. He enjoys using his art to discuss mental health and relationships, as he does in his new comic book.

The comics in All the Places in Between follow a very simple style to allow the reader to interpret the story in a personal way. For example, the characters are drawn with minimal features to allow readers to picture themselves more easily in the story.

In addition, the comics are drawn completely in black and white. Douglas primarily used only a one dip pen because it allowed for small, fine lines.

“The emotion should be more complicated than the art, and it’s the space that leaves the room for thought,” he said.

Douglas uses metaphors to connect with readers and clearly show the emotions behind the story. The climax of the comic comes when a tsunami sets the characters and their world adrift.

“There’s a lot of instances of things building up, being overwhelmed and then everything comes crashing down and we’re left adrift after the fact,” Douglas said when describing drawing the tsunami.

Douglas’ purpose behind All the Places Between was to connect with readers that have experienced these strong emotions in their lives. The story gives them the chance to feel understood and seen.

“Anyone who reads the book can take away something from it, or find something hopeful, relatable, or inspiring,” he said.

In the future, Douglas hopes to expand this story into a series.

All the Places Between was published by Liminal 11 in the UK on May 7 and in the United States and Canada on May 11.

For more work by John Cei Douglas you can visit his website.